We believe that the promise of a young person is to be found in character. To find Canada’s next generation of leaders, we must look beyond grades and rankings to find the promise of character.

At the Loran Scholars Foundation, we identify and support young people who have the integrity and courage to make difficult decisions, the perseverance to work towards long-term goals, the curiosity to better understand the world around them and the drive to make positive change in their communities.

Every year, our volunteers dedicate over 7,000 hours to selecting up to 36 Loran Scholars from over 5,000 applicants. Our scholars come from all walks of life and every corner of Canada, from Hazelton, BC to Montréal to Fogo Island, NL.

In partnership with 25 Canadian universities and our donors, we challenge our scholars to explore, develop and share their talents. Each Loran Award is valued at up to $100,000 over four years of undergraduate study, including mentorship and summer experiences.

We are an independent charitable organization governed by a board of directors, working in partnership with universities, donors and volunteers. In 2017, the Financial Post once again named us a Top Canadian Charity based on evidence of good governance, financial transparency and clear evidence of impact.

LORAN, short for Long-Range Aid to Navigation, is a system that uses three points (for us, our values of character, service and leadership) to determine one’s course for a long journey. The name emphasizes the lifelong impact and values of being a Loran Scholar.

Founded in 1988, the Loran Scholars Foundation was the first national organization in Canada to grant undergraduate awards based on a mix of academic achievement, extracurricular activity and leadership potential.

Our founders responded to what they recognized as a gap in the Canadian system of merit-based financial assistance to university students. Such assistance tended to be directed to two groups － those with exceptionally high academic averages, via university scholarship programs, and those with exceptional abilities as athletes, via national teams programs. Only a small proportion of overall financial aid was directed at those who show promise of the leadership and other talents that will make their communities better places both during and after their university careers.

In the words of our founder Dr. Robert Cluett, at the heart of our work is the belief that “breadth, openness to challenge, and willingness to take risk are many times more important than any quantitative measure of promise.” It is a belief that we still hold quite strongly today.

Before 2007, Loran Awards were known as Canadian Merit Scholarship Foundation National Awards. We changed the name to emphasize the long-term impact of our work and the three pillars of character, service and leadership. 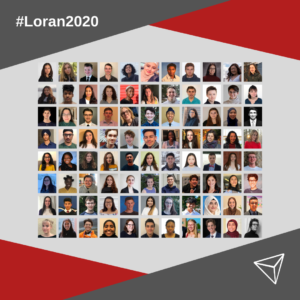 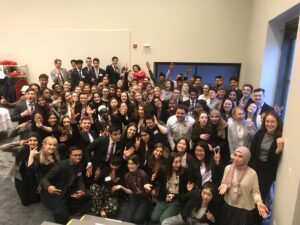 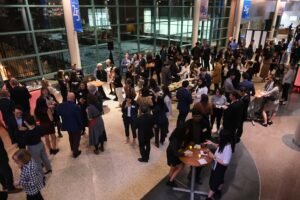 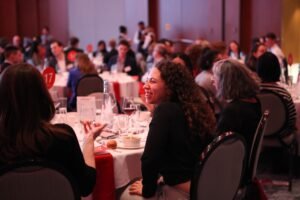 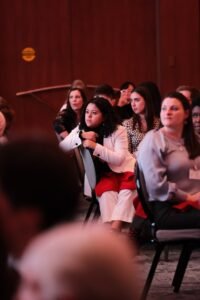 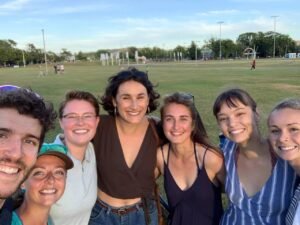 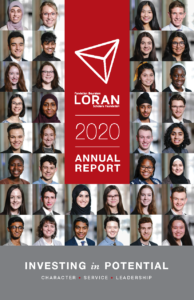 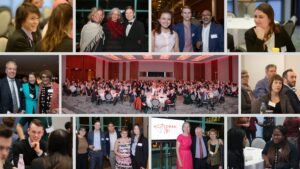 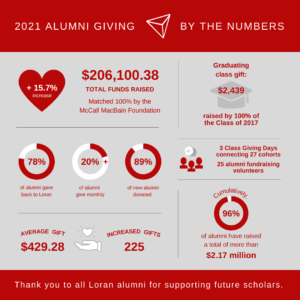 Recognizing that academic performance is not the only indicator of future value to the community, a group of dedicated volunteers set out to find and support young Canadians who demonstrate character, service and leadership potential.

The Loran Award is not a reward for past achievements, but an investment in a young person’s potential future path of high impact. Our scholars pursue careers in a wide range of areas, readily take on greater responsibilities and share a lifelong commitment to leading with integrity.

Offered in full partnership with 25 Canadian universities, a Loran Award is valued at approximately $100,000 over four years of undergraduate study.

“The Loran Scholars Foundation came into my life when I was 17, and I don’t see it ever leaving. It’s hard to distill into words how important it has been to the development of my career path and my development as a person.”

In the summer, we challenge scholars to broaden their horizons and gain meaningful work experience in the public, private and non-profit sectors.

Loran Scholars complete three types of 12-week summer work experiences: enterprise, public policy, and community development. They can access our networks and up to $14,000 in funding for two summers (up to $7,000 each), which take place in Canada or abroad.

“From reviewing municipal legislation in New Zealand to working with a Cambodian NGO to working on engineering projects in Kitimat and Prince Rupert, my summer internships defined my four years of university and helped me explore how I want to contribute to the world.”

We match each Loran Scholar with a trusted Canadian leader for a four-year mentoring relationship.

“[My mentor] Bill helps to keep me grounded. Sometimes he asks, ‘Why not?’ Why not volunteer my time? Why not put my name up for election? Bill helps me to see the bigger picture and encourages me to take an extra risk when it makes sense.”

While our volunteer mentors come from diverse professional backgrounds, they share a commitment to leading with integrity. Past and present mentors include New Brunswick economic policy advisor Susan Holt, Power Corporation of Canada Executive Vice-President Claude Généreux, former Ontario Premier the Hon. Bob Rae, international law scholar and university leader Stephen Toope and Vancouver-based corporate director Don Shumka. See our current mentors.
“Hilary has challenged, encouraged and inspired me. I admire and appreciate her tenacity and kindness, and I’m so thankful that we were placed together. I know our relationship will continue to grow.”

With 134 scholars studying at 18 different universities throughout Canada, we believe strongly in the value of building a national community of scholars who inspire and motivate each other. We also connect them to our network of supporters and alumni.

In August, our scholars come together for the annual scholars’ retreat – four days of peer-to-peer learning, role modeling and reflection. Scholars participate in sessions on thoughtful leadership and meaningful service.

“The retreat really gives us a chance to learn more about how we can grow in our personal lives and in serving others. Having that time together so we can really form those bonds throughout our university years and beyond is absolutely crucial.”

First- and fourth-year Loran Scholars join us for a full-day scholars’ forum during the national selections weekend in February. They participate in workshops and learning sessions, while assisting with finalist interviews.

Throughout the academic year, partner universities host receptions and events for Loran Scholars, their mentors and friends of the Loran Scholars Foundation.

“McGill is proud to have welcomed more than 100 scholars since 1988, and we look forward to many more years of partnership.”

Graduating scholars join a network of 544 alumni and several hundred of our supporters who collaborate and support each other in leading and serving with integrity. Across Canada and the world, our alumni remain connected to one another through gatherings organized by regional hub coordinators and Connexion weekend.

“Loran Scholars impact the world in numerous ways, and it is an invaluable asset to be part of a network of creative and committed people so keen to make a difference.”

After we select Loran Scholars, we pair them with experienced counsellors who provide advice on university options.

The incoming scholars come together for a weeklong orientation expedition through Algonquin Park.

This expedition provides them with an opportunity to test their physical limits, work productively in teams and build a shared sense of identity before they disperse across Canada to begin their first term at university.

“You sleep outside for a week and it’s interesting to see how people act when they have nothing to hide behind. We get to know each other so fast and so well.”

After the orientation expedition, incoming scholars access EQ coaching to develop their self-awareness and emotional intelligence.

On the precipice of graduation from university, the pressure to follow conventional career paths can be strong.

We encourage fourth-year Loran Scholars to reflect on their post-graduation options and the choices they will need to make. Graduating scholars come together for a day in August to learn from a diverse group of Loran alumni. In February, they complete a McQuaig assessment to learn more about themselves and speak with career coaches.

As a final step, graduating scholars are invited to express gratitude to their former teachers, by nominating them for the Loran Teachers Building Leaders Award.

The Teachers Building Leaders Award, sponsored by the McCall MacBain Foundation and presented and administered by the Loran Scholars Foundation, recognizes primary and secondary school teachers who go above and beyond to develop character, service and leadership in their students.

The Teachers Building Leaders Award program opened nominations to the graduating class of Loran Scholars in March 2015. Our aim, through these awards, is to acknowledge the significant impact teachers have on the development of young leaders, offer our scholars an opportunity to show their gratitude to individuals who have impacted their lives, and inspire young Canadian students, teachers, administrators and the community to reflect upon their own leadership development and influencers.

“It means so much to be able to do something because the Loran Award is so good at teaching us self­reflection, and really looking at where we came from and why that matters. I was thinking there are these key people in my life that really did influence where I’m going, and who helped to make this all possible.”

After graduating, Loran Scholars join a thriving community of 527 alumni in Canada, the U.S. and abroad. Find out more about our alumni.